You are here:Home Biography

Getting into the bow making profession was a natural progression for Ralph. He grew up working with wood and after studying classical guitar in college, he explored fine furniture making. In the late seventies he combined his skills in music and woodworking and studied instrument-making. After several years of specializing in early stringed instrument-making he moved to the San Francisco Bay area in California. Here, he was encouraged by a local Viola da Gamba teacher, Margaret Panofsky to make some bows for her students. Ralph soon realized that bow making fit his personality and skills. The early 80s in the San Francisco area was a great place to start specializing in bow making as the early music scene was going through a renaissance. The Philharmonia Baroque Orchestra was just starting up and the San Francisco Early Music society was bringing in early music specialists from all over the world. Ralph was able to interact and do business with groups like the English Concert, Academy of Ancient Music, Orchestra of the 18th Century, and soloists like Jaap Schroeder and Stanley Ritchie.

Articles and photos of Ralph’s work have been published in several newspapers, the cover of the 1987 Fine Wood Working Design Book, the cover of the October, 1993 Strad Magazine, and the the January, 1997 Strings Magazine.

Ralph has attended trade fairs, exhibitions and early music conclaves all over the U.S. and Europe, including Boston, Paris and Berlin. He has been invited to various Orchestra rehearsals so that players could try different bows under concert conditions. In 1996, Ralph was honored to be invited by Seiji Ozawa to bring a selection of bows to Matsumoto, Japan for rehearsals by the Saito Kinen Festival Orchestra for their upcoming concerts and recordings of Bach and Mozart. Ralph likes to work one-on one with his clients to craft the bow that best fits their needs and playing styles. 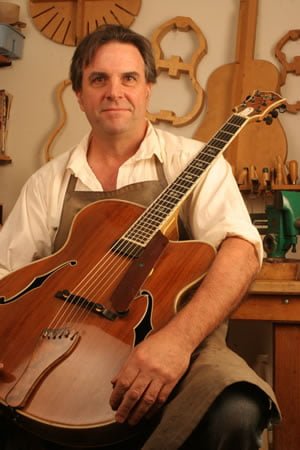